Everything You Need to Know About Drug Allergy Symptoms

Have you ever experienced a negative side effect when taking a new medication? It is possible to experience more serious side effects that are actually an allergic reaction to the drug. Some of these reactions are mild while others are life-threatening. Learn how to tell the difference and find out what to do if you or someone needs drug allergy treatment.

Why Do Drugs Cause Allergic Reactions?

Some individuals are more sensitive than others. It is believed that having a family history of severe allergies or that experiencing severe allergic reactions in the past could make you more likely to develop a drug allergy.

Which Drugs Are Likely to Cause an Allergic Reaction? 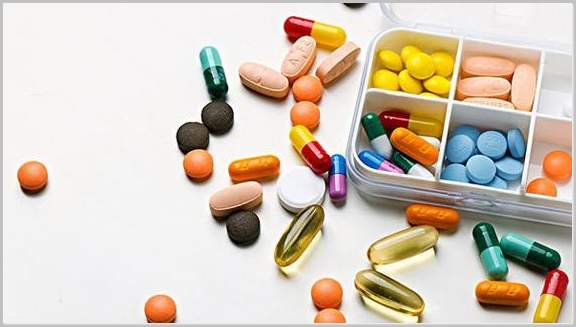 It is possible to be allergic to many different drugs. However, a majority of allergic reactions are triggered by a few different categories of medication. These include:

In some cases, the allergic reaction isn’t caused by the drug itself but by dyes used in the pills or by latex in the packaging.

It is possible to diagnose a Penicillin allergy thanks to a skin test. However, allergies to other drugs are more difficult to diagnose. You can usually figure out what caused your symptoms by keeping track of the medications you took recently.

You should see an allergist or an immunologist if you need help with figuring out what could be causing your allergic reactions. It is important to determine which drugs you are likely allergic to so you can avoid them in the future and also avoid medications that belong in the same group and that could trigger similar symptoms.

What Are the Most Common Drug Allergy Symptoms?

The symptoms of a drug allergy vary from one person to another and also depend on the type of drug that was ingested. You might experience a few mild symptoms or have a more serious reaction. In some rare cases, it is possible to experience a life-threatening reaction known as anaphylaxis. These are the symptoms you are most likely to experience after taking a drug you are allergic to:

The symptoms can appear right after you ingest the drug, but it might take a few hours. In some cases, you might not start experiencing any symptoms after you have been taking the medication for a few weeks.

Keep in mind that experiencing a severe allergic reaction to a drug is rare. However, it is important to learn to recognize these more serious symptoms since you will need to take action quickly if you or someone else is experiencing anaphylaxis.

These are the most serious symptoms to watch out for:

Anaphylaxis symptoms can appear right after taking a drug or a few hours later. You might experience other mild symptoms before more serious symptoms occur.

This symptom is another dangerous reaction to drugs. It is very rare, but you should know how to recognize the symptoms so you can seek treatment immediately.

Stevens-Johnson symptom isn’t an allergic reaction but you might mistake the symptoms for a drug allergy. Typically, patients break out in blisters after experiencing a few flu-like symptoms. These blisters can affect the skin as well as internal organs. Other symptoms include painful and watery eyes and skin peeling off.

These symptoms typically appear after a few weeks or months of taking a drug regularly. You should stop taking the drug immediately and seek medical attention since you will probably need topical treatments for the blisters.

How Is Drug Allergy Treated?

The first thing to do when you notice unusual symptoms is to stop taking the drug and to avoid it in the future. Mild allergic symptoms should disappear on their own.

There are topical treatments such as antihistamine creams to treat a drug allergy rash. Your doctor might prescribe an oral antihistamine or some steroids if your symptoms don’t disappear after a while.

If you experience a more serious allergic reaction that requires immediate medical attention, an epinephrine injection would typically be administered to reverse the symptoms once you get to the emergency room. You can inject epinephrine yourself if you have access to an EpiPen.

In some cases, severe symptoms can be treated with an antihistamine injection or with a steroid injection. Getting an epinephrine injection should be a priority if you experience symptoms of anaphylactic shock, such as swollen airways, changes in blood pressure, and loss of consciousness.

You should contact your doctor if you experienced an allergic reaction after taking a drug they prescribed, even if you only experienced mild symptoms. Your doctor will prescribe an alternative and might have additional advice for treating your symptoms.

What To Do After Experiencing An Allergic Reaction

You should schedule an appointment with an allergist or an immunologist to figure out what caused the allergic reaction and to develop an efficient plan to avoid exposure to this allergen in the future.

The allergist you meet with will probably ask about the medications you have been taking recently, when you started taking them, and about any supplements or vitamins you might have been taking at the same time. In some cases, identifying an allergen will be possible. However, you might not be able to figure out what caused your allergic reaction and will have a shortlist of possible allergens to avoid.

Here is how you can prevent allergic reactions in the future:

If there are no alternatives to a drug you need to take to treat a medical condition, it is possible to become desensitized to it by taking small doses and increasing them gradually. This is something you should discuss with your healthcare provider.

Is It an Allergy or Side Effects?

It is possible to experience side effects when taking a medication. It can be difficult to tell side effects apart from allergic reactions since the symptoms can be very similar. In fact, allergies might only account for 5 to 10 percent of all drug reactions.

Common side effects include nausea, vomiting, hives, and abdominal cramps. These are similar to allergic symptoms, but you won’t experience more severe symptoms such as a swelling of the airways if you are only affected by a drug’s side effects.

The point is that you may never know if you experienced some side effects or had an allergic reaction to a drug. However, if you experience any kind of unusual symptoms when taking a drug, it is best to stay safe and completely avoid it in the future.

If you only experience mild nausea with no other symptoms, try taking the medication again on a full stomach. This is the only case where you should try taking a drug again after experiencing a side effect.

A Few Things to Know About Sulfa Allergies

Sulfanomides are synthetic agents used in some medications. This is a group of chemicals with different effects. Some sulfonamides act as antimicrobial agents, while others have an anticonvulsant effect.

If you have a sulfa drug allergy, it is likely that you will also be allergic to another treatment that contains a similar sulfonamide. However, drugs with a different type of sulfonamide might not cause any allergic reactions.

Experiencing an allergic reaction after taking a drug can be worrisome, especially if your symptoms are severe. Your priority should be to seek medical attention and to develop a plan so you can avoid the drug you are allergic to in the future. Thankfully, drug allergies are not common and most cases are mild to moderate.

As an Amazon Associate, this site earns from qualifying purchases. We may also earn small commissions on purchases from other retail websites.