How To Diagnose And Manage Your Caffeine Allergy – Tips And Information

Where would the world be without it?

Seriously. For many people, a day can never start (or go well) without a cup of the world’s most consumed beverage.

​In fact, it has been reported that up to 2.25 billion cups of coffee are consumed every day.

​The reason for the popularity of this beverage that might as well be the nectar of the gods is one simple ingredient – caffeine.

​Caffeine is a great natural drug that stimulates the nervous system, hence it being favored as the best morning (and throughout the day) beverage for those who need to be alert and active.

​But despite all the benefits that caffeine has, it can actually be a health risk for some other people.

Yes, I’m talking about people with a caffeine allergy.

But coffee is not the only source of caffeine. If you have a caffeine allergy, you will have to steer clear of other foods that contain caffeine as well, foods like cacao beans, kola nuts, guarana berries, and even tea. The list goes beyond these but at least you get the picture.

Let’s delve deeper into the mysteries of caffeine allergies, shall we?

​Despite its negative rap sheet, caffeine has some major benefits that have been overshadowed by its dangers. For one, caffeine is a great antioxidant, meaning it can help reduce the risks of getting cancer. And

But like all things in life, too much of a good thing can be bad. That definitely applies to coffee. With that being said, most people can safely take up to 400 milligrams (mg) of caffeine a day. That’s the equivalent of around four 8-ounce cups.

Unfortunately, though, some people are more sensitive to caffeine and they experience some negative reactions to it. A few examples are:

These symptoms are not signs of caffeine allergy rather they are signs of you having a non-allergic food intolerance.

Caffeine intolerance to be exact (also known as caffeine sensitivity).

Caffeine intolerance and caffeine allergy are 2 very different things as you will soon discover.

But one thing to note right away is that caffeine allergies are quite rare and the symptoms more severe than those of caffeine intolerance.

So what are the symptoms of a caffeine allergy?

Caffeine Allergy – Get to Know the Real Symptoms

Now that we’ve looked at the symptoms of caffeine intolerance, you’re probably wondering what an allergic reaction to caffeine looks like. Let me quickly show you some of the main symptoms.

​These symptoms usually occur within an hour of consuming anything that contains caffeine. And as you can see, these are worse than the symptoms of caffeine sensitivity.

In some rare cases, a person with a caffeine allergy can actually experience an anaphylactic shock. This means the person will experience more severe life-threatening effects such as:

A caffeine allergy is not to be taken lightly as you can well see. But what actually causes these drastic reactions in the body of a person with a coffee allergy? 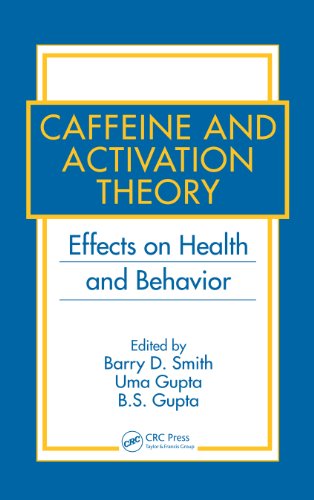 Caffeine Allergy – How the Body Reacts to Caffeine

Before we get to the treatment and precautions involved in coffee allergies, it is best we take a look at and understand why some people react the way they do to caffeine.

When you consume any food with caffeine, the caffeine is absorbed into your bloodstream. Once in the bloodstream, it can have different effects on the body from person to person.

The most common effect is that it blocks the effects of neurochemicals that normally make you feel sleepy, thereby delaying sleep. Caffeine also increases adrenaline levels in the blood, making your brain and body more alert.

But in the case of a person with a caffeine allergy, the body treats the caffeine as an invader, triggering a release of antibodies in the bloodstream to attack the intruder.

In an attempt to flush out the caffeine, the antibodies prompt your cells to release a chemical compound called histamine, resulting in inflammation, itchy skin, swelling, diarrhea, and many other symptoms.

This is the body’s way of flushing out a perceived threat.

And that is what is called an allergic reaction.

​The potential for people who regularly consume caffeine either in coffee or other beverages is not to be taken lightly. If you maintain a regular habit of coffee consumption, your brain will eventually start to change and adapt to the stimulus.

Essentially, your brain begins to fabricate new receptors to cope with the ones you have habitually bombarded with stimulants and this leads you to require even more coffee to achieve the same effects you had initially at lower dosages. If you try to cut your consumption back, you are likely to experience major mood swings and a sudden loss of the dopamine high coffee so often gives you.

General fatigue, headaches, jittery behavior and a low mood accompany those who give up coffee, but these symptoms do not last forever. Instead, they fade suddenly after a few days as your brain returns to its original healthy state.

Besides the symptoms themselves, doctors can diagnose a caffeine allergy by performing a skin test. The test involves the doctor placing a small amount of allergen (in this case caffeine) on the skin and then observing any reaction on the skin. If the skin develops a rash, it is an indicator of an allergy.

These can easily be obtained over the counter.

In the rare case of an anaphylactic shock, an epinephrine injection will bring fast relief. This means knowing the severity of your allergic reaction and obtaining an EpiPen for such an emergency. You will have to keep it on your person at all times.

But, as with all medical conditions, prevention is always better than treatment.

So how can you prevent a caffeine allergy attack?

Tips on Preventing a Caffeine Attack

The best way to avoid the effects of caffeine intolerance and caffeine allergies is to avoid foods containing caffeine. This means staying away from foods such as:

​If you are unsure whether a certain food contains coffee or not, it’s advisable to read the label or ask if you are ordering food in a restaurant or other food outlet.

If you have been consuming foods with coffee on a regular basis, cutting out caffeine may actually cause some withdrawal symptoms as caffeine is a drug.

Withdrawal symptoms may include:

​These symptoms will pass after about a week of caffeine though, so take heart. It will be beneficial for you to take other measures to help you adjust, such as:

​Containing and managing your caffeine allergy is not at all difficult. All it takes is making the right decisions and sticking to them. 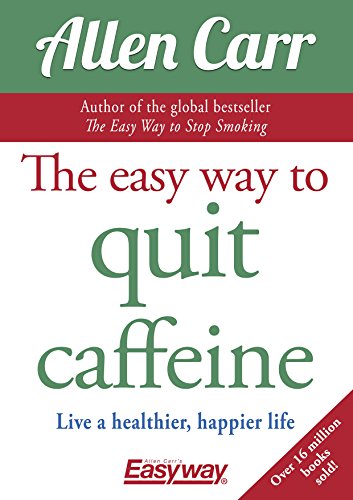 Life Without Caffeine – It is Possible

If you have been relying on caffeine to give you a boost in energy and focus, there are other alternatives to help you. A few good examples include:

Have a workout routine and aim for a minimum of 150 minutes a week. Whether it’s jogging, walking, biking, or any other way you love exercising make sure to stick to your regimen.

Exercising is actually a good way of increasing your energy levels and improving brain activity.

Get Plenty of Sleep

Another great way of making sure you wake up refreshed and ready to hit the ground every morning is to ensure you get plenty of sleep. Sleeping less than 7 hours a night can lead to morning fatigue and a ruined day.

Some vitamins are known to boost energy levels over time. Some examples include B vitamins, creatine, iron, and Rhodiola. Be sure to consult your doctor before you get started with a vitamin regimen, especially if you are on prescription medicine.

Caffeine Allergy – You Can Still Live a Normal Life

As with all other allergies and medical conditions, a diagnosis is not the end of your life. In fact, I like to think of it as the start of a new one.

If you have been diagnosed as having a caffeine allergy, don’t live your life in sorrow or fear. Just take the necessary precautions to steer clear of caffeine and have some allergy medication at hand always and you’ll continue to live the rich full life you’ve always lived.

As an Amazon Associate, this site earns from qualifying purchases. We may also earn small commissions on purchases from other retail websites.